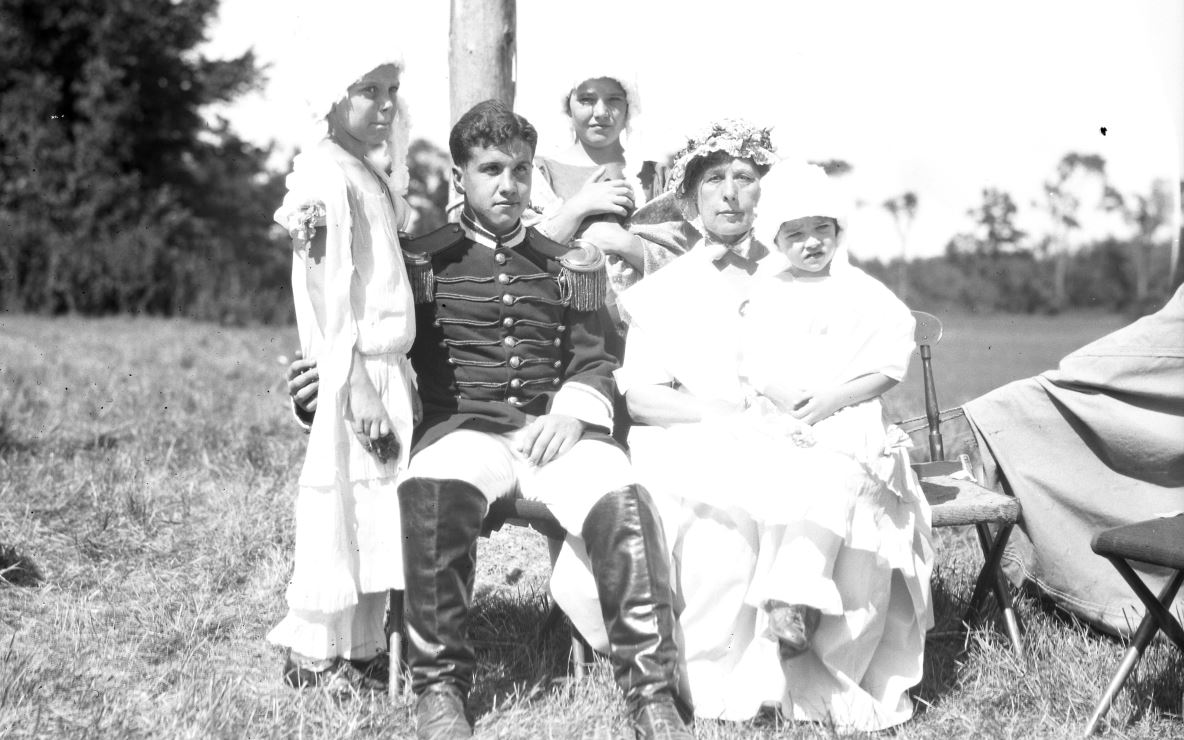 To break the back of the American Revolution, the British planned to divide New England from the other states. Two forces would converge on Albany: the main force from Canada through the Lake Champlain and upper Hudson valleys; the secondary one, under the command of Lt. Col Barry St. Leger, from Oswego in the west.

That force was defeated at Fort Stanwix (now Rome), and the army commanded by Lieutenant General John Burgoyne (coming from Canada) was forced to surrender to the Americans led by General Horatio Gates at Saratoga (now Schuylerville) following three punishing engagements in what are known as the Battles of Saratoga.

Mrs. General Riedesel was thirty-two years old at the time. She was a woman devoted to her husband, a lady of remarkable courage and resourcefulness. In her letters and diary (still in publication), her observations of the personalities of the officers and men on both sides and the vicissitudes of war are astute. Her writing style is at once lucid, simple, rhythmical and powerful. She is entitled to be called the first female war historian.

Her letters and diary, which include a number of letters addressed to her by her husband, were published in 1800, appearing in both German and English editions. The excerpts contained in the present narrative are taken from William L. Stone’s translation into English published by Joel Munsell, Albany in 1867.

Following the resounding defeat of the British Army at the Second Battle of Saratoga on October 7th, General Burgoyne decided to retreat whence he came. To deceive the Americans the army was to move by night and so began its march on the 8th. Heavy cold rain, making the narrow road a muddy bog, slowing the movement of cannons and wagons, forced frequent halts.

The retreat dissolved into chaos. Madame Riedesel with her daughters rode in the hungry, drenched van of the weary, dispirited army, while occasionally stifling the screams of little Frederika with her handkerchief so as to not betray their presence to the enemy. Two precious nights and days were consumed in making the journey of less than eight miles to Saratoga (present day Schuylerville).

The baroness resented Burgoyne’s indecision, his unwillingness to abandon the artillery and useless baggage that would make it possible, she reasoned, to escape to Canada. Her opinion was shared by several of Burgoyne’s officers. It was not to be. At last, on the 10th, the army fortified itself as best it could at Saratoga. Here it was that her husband, Major General Riedesel, directed her to seek safety with their children in a house some three hundred yards north of his encampment.

Baroness Riedesel’s account of her six days of refuge in The Marshall House between October 10 and 17, 1777 can no better be related than in her own words.

Click for full size pictures
In August of 1777 Burgoyne ordered a detachment of German auxiliaries to seize American supplies and horses at Bennington resulting in his first disastrous defeat
The early house with spot where a cannonball entered near lower right corner
Mid-nineteenth century view of the cellar (Benson J. Lossing: The Hudson, from Wilderness to the Sea, 1866)
Recently discovered cannonball displayed in The Marshall House
Present view of the cellar north-east corner
The historic building remarked by The Saratogian August 8th 1941
Corner where Mrs Riedesel sheltered with her children now occupied by workbench
Bronze relief in Saratoga Battle Monument illustrating women and children traveling with the British army
The position of the forces at the time of surrender shows The Marshall House directly north of the German encampment
The marker at the site of French and Indian War Fort Hardy indicates where the British troops laid down their arms following their defeat at the Battles of Saratoga October 17, 1775
Historian William L Stone's visits The Marshall House recorded by The Daily Saratogian in September 1880